Published by neilmonnery on February 21, 2013

Ages ago I did a blog about being a girl on an online dating website. Well at the same time I set up a fake male profile as well but didn’t get around to blogging about it. I completely forgot about it until the other day and I logged into it. Suddenly logging into it has produced a spurt of mails. Yet again I refused to reply to any but was interested in the types of messages I would get. One of the most common things that I have seen on dating profiles is something along the lines of ‘don’t just message me and hey hi or ask how I’m doing’ so how do women message guys..well lets see…

1. If only they still sold Tab…

What am I meant to do with this? Ask her what she’d still do if they sold a short-lived clear coloured cola?

2. Excellent profile, made me laugh x

If I was going to reply I’d just say ‘Thank You’ – clearly she is putting it on me to get a conversation flowing.

4. Is your pic taken at Harry potter studios? Xx

Well I could answer Yes or No. Great conversation!

5. Your profile made me giggle!!

People have been known to say similar about me 😉 xx

6. I’m in the some think your handsome group 😉 x

Flirty but again putting it all on me to create some conversation.

Surely you can use capital letters and proper English?

8. naughty….but I did laugh out very loud reading your profile x

Your profile had me in stitches.

Now this one was interesting as it was from someone I had actually messaged – as me – months ago. She never replied. Capital letters, proper English, only person to actually tell me her name, ok it’s not the best opening message ever but it was the best I received. Shame she took one look at the real me and thought ‘Nah…’ and yet words that I had written had her in stitches. Oh internet dating you are a strange one…

10. Whatever happened to that drink Tabclear?? You have me thinking now 🙂

Seriously is that it?

13. Are you terribly fantastic?

14. are you being serious in your little description thingy???!!

Well I’m not as the person doesn’t exist but thanks for asking.

That profile had so many messages but they get deleted after 28 days and I forgot to copy & paste them into a file but basically all the messages are along the same lines. They are very short and punchy and mostly rather suggestive. I haven’t put them up here because they were a while back when I first created the account (but didn’t save the messages – d’oh) but there were more than a couple of people who basically said that they wanted to get busy…talk about being forward!

As I noted in my previous piece women get way more messages than guys and they have a much harder job filtering them but on the other side of the ledger surely women should make some effort to engage if they are messaging a guy? The only date I went on last year came about from someone who had messaged me. I can’t remember the message exactly but it did pick up on a couple of things I said in my profile and asked me about them. That is all an opening message should be. A paragraph or two at most to show that you’ve read their profile and not just looked at the pictures and try and engage with the other person.

Now had I actually been that person in the fake profile then no doubt I could’ve gone out and had a rather good time with a lot of these women. The thing that gets me and annoys me somewhat though is a lot of them – the same people who basically just messaged me suggestively – stated on their profile that they wanted something real and not just a fling as they weren’t like that. Well apparently they are depending on the other person.

No wonder I found it all very confusing and demoralising. It seems many people have a public face that they want to portray but in fact are looking for something completely different. Oh online dating…I don’t miss you so.

Most effective techniques to teach a second language to children

Published by guestblogger on February 21, 2013

Every so often here at The Rambles of Neil Monnery we get approached to run a guest blog post – usually for educational means. So today we have a piece about the best ways to get children to learn a second language. I hope you enjoy…

It can be very challenging to learn a language, but the best time to pick one up is when you are child. Teaching your children languages when they are young will help make them pick up language skills quicker and more successfully as they grow up. Here a few of the most effective techniques to try out when teaching a second language to your children, from learning through games to going on a summer camp with a school like www.esl-schools.org.

If you think back to the lessons that have stuck with you since childhood, a lot will be conveyed in song or rhyme. Associating words in your memory with a catchy tune or easy to remember rhyme helps those lessons to remain in your brain for a much longer period. There are often popular songs for learning numbers or the alphabet. Once the basics are grasped you could make learning fun by doing some foreign-language karaoke and learning phrases through popular music! 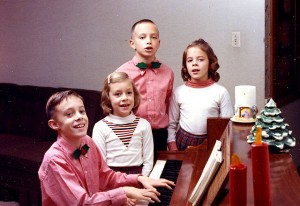 When teaching children it is important to keep them engaged and stimulated. Making learning fun will mean they will be more enthusiastic about the language. There are plenty of online language games available which set challenges and tasks to complete. If your child likes the sense of achievement from completing puzzles, there are loads of word searches, crossword puzzles and hangman games available to help you teach a second language in a fun and interactive way. 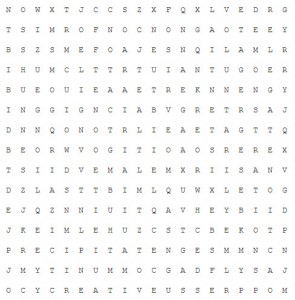 3. Learn at a summer camp

One of the best ways for your child to learn a second language is by visiting the host country and immersing themselves in the culture and history of the locals. Letting your child take part in a summer camp in France, for example, will give them the opportunity to meet other children of their own age and to explore the country they are learning about. As well as taking part in cultural trips, summer camps offer plenty of fun activities, so your child will see it less as a forced learning experience, and more as a fun and exciting holiday where they will meet new friends and learn a new skill.

Language skills are becoming more and more important for everyday life and learning while you are young is the most effective way to train your brain to learn other languages. Try some of these techniques to teach your children a second language and see how fast they can impress you with their new skills!