On legality of online gambling in Canada…

When you are talking about the Kahnawake Gaming Commission, one of the important things regarding getting licensed with them is that the casino platform must be hosted on secure servers based in the land of Kahnawake itself and nowhere else. Although many have raised questions about the legality I often indulge in Royal Vegas online casino games in Canada, but of late have been wondering if online gambling is actually illegal or legal in Canada?! 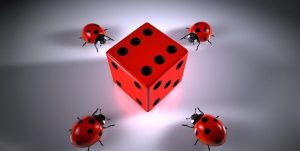 As more and more people start to use the internet and online world every day, this is something I felt was worth clarifying. I looked up the length and breadth of the Internet, but couldn’t find a conclusive answer to that question! Some people say yes, some say no; eventually what I figured is that you can gamble legally in Canada only at places licensed by the government of Canada. Technically, that would mean gambling on the Internet is illegal in Canada, unless of course you play at Provincial casinos running on the Internet. Although majority of provinces in Canada are actively launching their own online casinos, they’re limiting their usage only to the residents of those provinces. Gambling on the whole falls in a fairly grey area in Canada as no specific law, allowing or disallowing has been written so far.

Can you get prosecuted?

Regardless, there is a very old Canadian law as per which its considered unlawful for a person to be present inside a ‘common betting house!’ This could possibly be used against anyone who indulges in gambling on the Internet, but no one in Canada has been prosecuted so far. If we talk about prosecution, even in the United States, where there are clear laws against online gambling, it’s pretty rare for a person to get charged. One of the cases to have come to light in that regard is that of a person who had to pay $500 in fine as he had won $100,000 playing poker on the Internet in US. US authorities have for long been targeting only companies and banks that facilitate online gambling transactions for the players from United States, instead of going after individuals. 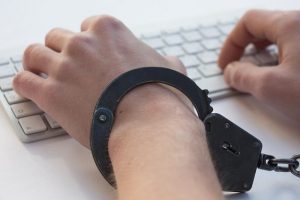 Here in Canada, the attitude is comparatively relaxed. Apparently, provinces are taking things as they come and have opened their own Internet casino establishments to compete with others. There has only been one case of an online casino getting charged in Canada, which was way back in year 2001; and that’s the only one so far to do with online gambling.

About Kahnawake Gaming Commission in Quebec

Another interesting fact not many casino players are aware of is that a good number of online casinos are actually regulated and licensed by the Kahnawake Gaming Commission based in Quebec, Canada. This commission has been involved in such regulation and licensing business for online gaming industry since 1999, much longer compared to any other gambling jurisdiction in the world. An important restriction placed by them on any casino of this gaming commission operating out of Canada, for so many years now, no action has been taken against it as yet.